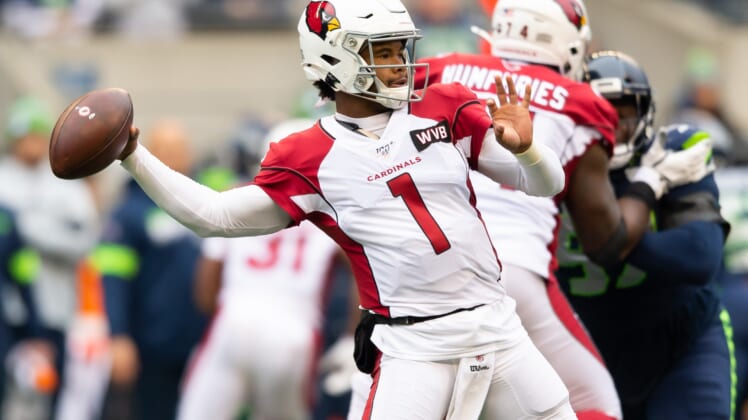 Arizona Cardinals quarterback Kyler Murray is the face of the franchise and is emerging as the leader of his team. He is proving why he deserves that role after cutting a massive check to help bring his teammates to Dallas to prepare for the 2020 NFL season.

Since NFL players aren’t allowed to return to their team facilities until training camp, Kyler Murray had to improvise. After seeing Tampa Bay Buccaneers quarterback Tom Brady train with a few of his new teammates in a private workout Murray seems to be taking things to the next level.

The second-year quarterback invited 20 of his Cardinals’ teammates to Dallas to practice with him from Sunday to Wednesday, per ProFootballTalk. Murray isn’t just paying for his teammates to fly out to Dallas, he is also covering their living and dining expenses.

It’s expected to cost Murray more than $40,000, a massive cost for a player who is just entering his second NFL season. However, the young quarterback likely believes it’s a justifiable price to pay for extra practices this summer and a potential advantage over opponents.

Murray is certainly making a statement this year. Between his plans to kneel during the national anthem and his willingness to help out his teammates, it’s clear that Murray is ready to become the leader for this team. If he can step up even more on the field, the Cardinals could be a playoff contender in 2020.