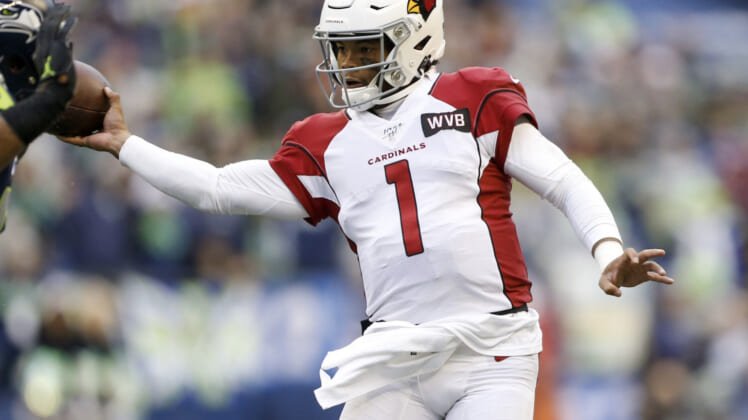 After exiting the team’s Week 16 contest against the Seattle Seahawks with a hamstring injury, Arizona Cardinals quarterback Kyler Murray will be a game-time decision for Sunday’s season finale against the Los Angeles Rams.

While both teams are already eliminated from playoff contention, Sunday’s game marks a final chance for Murray to cap off his impressive rookie campaign. The 22-year-old has rushed for 544 yards and thrown for 3,397 yards on 500 attempts this season.

While Murray has 10 interceptions this season, he also has 20 total touchdowns and continues to impress despite playing behind one of the NFL’s worst offensive lines.

Arizona would certainly love to give their star quarterback one more chance to play this season, but the front office could exercise caution. Making sure that Murray is fully healthy for next season is the team’s No. 1 priority.

If Murray’s season is indeed over, he gave everyone more than enough evidence to demonstrate he’s going to become a great quarterback. Now Arizona’s front office must surround him with more talent, including a potential reunion with a former college teammate.