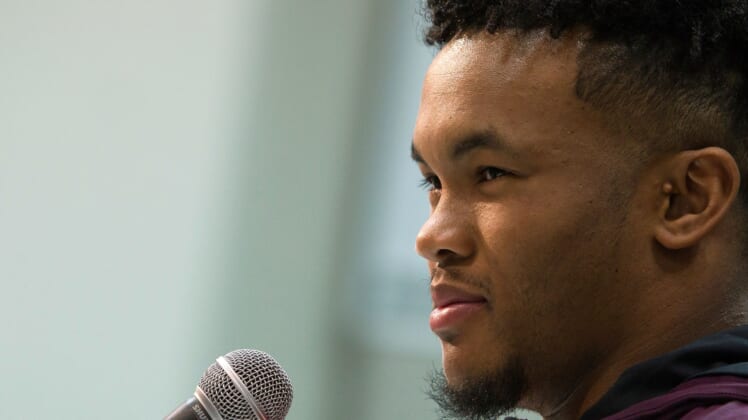 Kyler Murray weighed in at 205 pounds on Wednesday as Oklahoma held its pro day, but he didn’t get his height measured again and is only expected to throw.

That means, despite a rabid appetite from the media and the masses, that Murray won’t run a 40, per James Palmer of NFL Network.

I was hearing that Kyler Murray was only throwing today. That’s it. So far did not get his height measured (you read that correctly)and he will not run the 40

It also means that the height truthers out there will keep chirping.

Regarding the 40, people are going to interpret this development however they want. Yet from Murray’s perspective, it’s not a poor decision. His raw speed is clearly on display every time you watch a game he played in last year. His ability to evade pressure when it comes is unrivaled in this year’s draft class.

Clearly, he’s the fastest quarterback available, yet he’s not coming into the NFL to run the ball. He’s one of the best passers in the class and should be drafted based on his merits as a quarterback, not as a runner.

So, like Lamar Jackson before him, Murray is opting to let his arm to the talking. And based on the level of interest around the league, abstaining from running a 40 shouldn’t hurt his draft stock.