Kurt Warner’s son, E.J. Warner, getting the start at QB for Temple today vs Rutgers as a true freshman 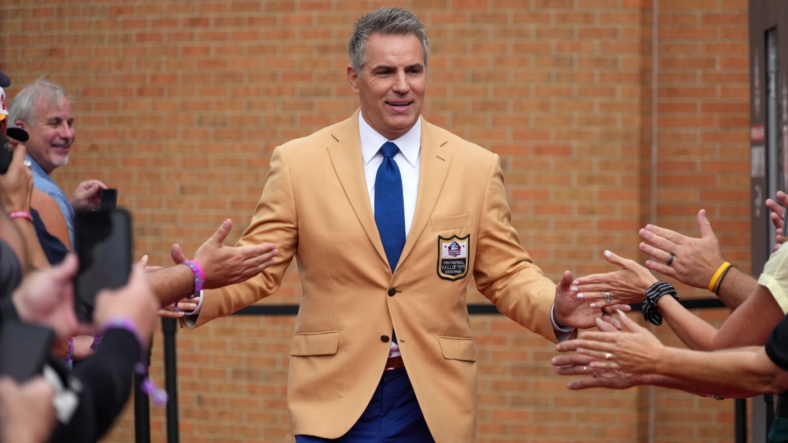 Just over 22 years ago, Kurt Warner was leading the then St. Louis Rams to a Super Bowl XXXIV victory over the Tennessee Titans. Now, college football fans are set for a mindblowing trip down memory lane, with his son, E.J. Warner, set to start at quarterback for the Temple Owls as a true freshman. Warner’s Owls will be taking on the 2-0 Rutgers Scarlet Knights at 1 PM ET on ESPN+.

The Owls are 1-1 this season and decided to bench their previous starting quarterback D’Wan Mathis after a less-than-inspiring effort. Mathis had completed just 3-of-8 passes for 42 yards, and Lafayette was hanging with Temple in a 7-7 battle.

Then, E.J. took over, and really, he took over. The younger Warner completed 14-of-19 passes for 173 passing yards and two touchdowns, leading the Owls to a 30-14 victory. Thanks to his clutch performance, just like his dad was known for, E.J. has since been announced as the team’s new starter heading into Week 3.

Related: Heisman Watch 2022: Stock up, stock down for Heisman candidates before Week 3

If you’re like thousands of other football fans who are just hearing about Kurt Warner’s son E.J., you’re not alone. In fact, the quarterback has a bit of a similar tale to his dad.

No, he hasn’t had to work at a grocery store out of college as he pursues his dream of playing football. We’re not that far yet.

Instead, E.J.’s parallels to his father come by also being largely ignored as a high school recruit as a three-star quarterback prospect.

While Warner hasn’t been enrolled at Temple for very long, he’s about to be thrust into a rivalry matchup with Temple. Just like his dad once replaced a team’s preferred starter and found success, E.J. did just that a week ago.

Now he’ll be taking on tougher competition, but it’s against a team he’s likely had more time to prepare for as if he were the starter. Let’s see if E.J.’s ready to hold down the starting gig, even as a true freshman.