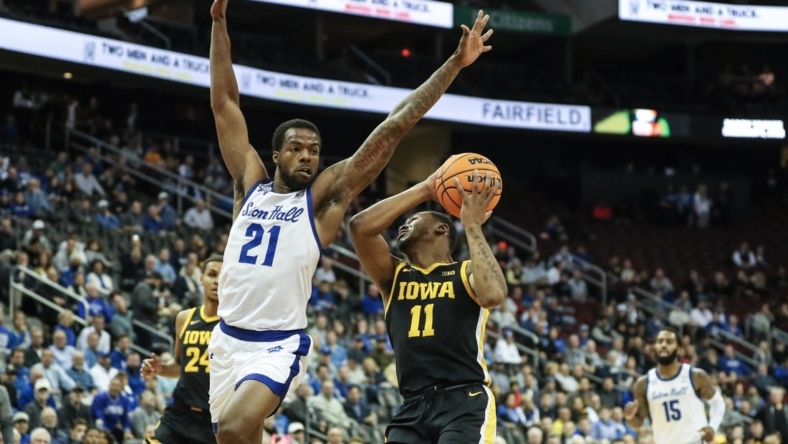 Iowa (3-0) took a 12-point lead into intermission and staved off the Pirates’ comeback effort by shooting 56 percent (14-for-25) in the second half.

The Pirates were done in by 25 fouls that led to 28 Iowa points at the stripe.

Seton Hall used 3-pointers from Harris and Richmond to build an early 10-2 lead before the Pirates went cold. Murray and the Hawkeyes embarked on a 19-3 stretch while Seton Hall went scoreless for 3:34 and 8:16 between made field goals.

Murray knocked down an open 3-pointer during a personal 7-0 stretch before McCaffery’s trey made it 21-13 Iowa. KC Ndefo’s play at both ends of the court helped Seton Hall cut the deficit to four before a 10-0 sprint for Iowa, featuring five four throws, helped make it 34-22 at halftime.

Murray went 6 of 12 in the first half en route to 16 points. Seton Hall shot a measly 6-for-30 in the half while committing 11 fouls and 12 turnovers.

Coming out of halftime, Richmond fueled a quick 6-0 Pirates run with two steals and assists sandwiched around a basket in the post.

Seton Hall’s offense picked up from there, but the Hawkeyes were able to answer most baskets with one of their own, often from Murray. The Pirates cut the deficit to five points four times during the middle of the half, but not closer.