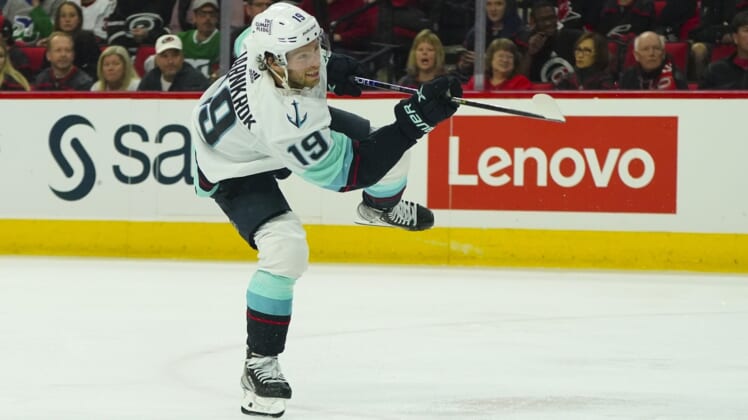 The expansion Kraken acquired a second-round pick in 2022, a third-rounder in 2023 and a seventh-round selection in 2024 in Wednesday night’s swap.

He played his first eight NHL seasons with the Nashville Predators, accumulating 211 points (94 goals, 117 assists) in 508 games before being selected by Seattle in July’s expansion draft.