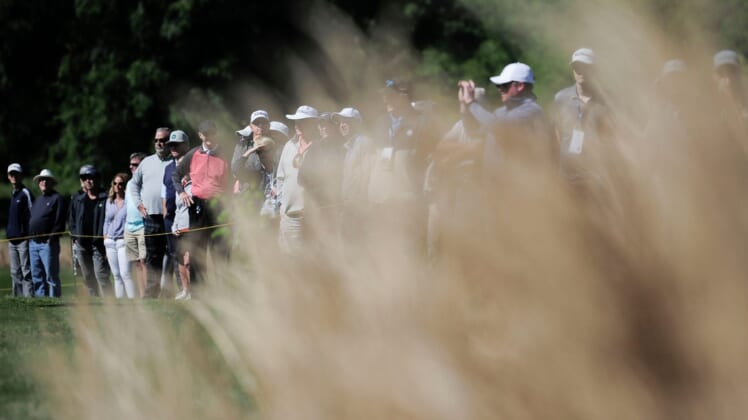 A Monday qualifier on the Korn Ferry Tour turned from fighting to make the weekend field to a fight among players that ended with at least one participant arrested.

The Korn Ferry Tour is a developmental tour where top players are able to graduate to the PGA Tour.

According to The Firepit Collective, Austen Dailey and Luke Smith allegedly went from qualifiers to combatants. At issue, according to the report, were disputes about putting the pin back into the hole and helping to look for a potentially lost ball.

The incident was confirmed by the third player in the group, Derek Fribbs, as well as a PGA Section official that was on site, according to the report. Oliver Smith, who was the caddy for his son, reportedly was involved in the confrontation as well. The group behind the Dailey-Smith-Fribbs pairing was said to have notified the clubhouse of the incident.

“The Korn Ferry Tour is aware of the incident that occurred at today’s qualifier in Newton, Kansas,” the Korn Ferry Tour said in a statement to Golfweek. “The individuals involved are not current Korn Ferry Tour members. We are in the process of gathering more details and have no further comment at this time.”

The incident ended with Dailey pressing charges and Luke Smith allegedly arrested by local police. He was later released on bail. The confrontation happened after the group completed the seventh hole, with police arriving to get Fribbs’ statement when he was on No. 10.

Luke Smith was listed as “DQ” at the completion of Monday’s round, while Dailey’s status was not known. Fribbs finished the round at 7-over-par 79 and reportedly had his entry fee refunded.