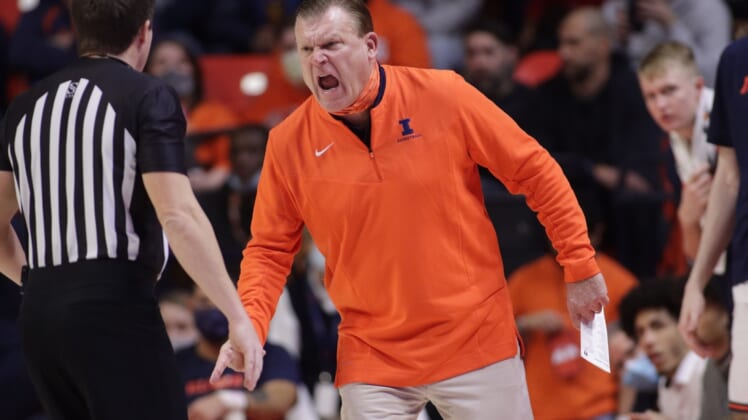 Cockburn finished with 23 points and 18 rebounds for the Fighting Illini (11-3, 4-0), getting 16 of those points and 15 rebounds in the second half after playing just eight first-half minutes when he drew two fouls.

Trent Frazier added four 3-pointers and scored 16 points, while Alfonso Plummer chipped in 12 for the Illini.

Donta Scott scored 15 of his team-high 17 points in the first half for the Terrapins (8-6, 0-3), but it wasn’t enough to keep them from dropping their first three conference games for the first time since joining the Big Ten in 2014.

Eric Ayala added 16 for the Terps, which also got 11 points each from Fatts Russell and Hakim Hart. Maryland outshot Illinois from the field, 46.0 percent to 41.2 percent, but was clobbered 45-27 on the boards.

Frazier was key for Illinois during a 12-0 second-half run that changed the game. He put the Illini ahead for good on a layup with 11:51 left, then drilled consecutive 3-pointers to make it 54-47 with 10:31 remaining.

Illinois started as though it was going to blow out another outmatched foe. The Illini owned a 15-4 lead just over four minuted into the game and made it 21-7 with 10:50 remaining in the half when Cockburn converted a layup.

Maryland found a rhythm, coinciding with Cockburn drawing his second foul. Scott came to life for Maryland, while the Illinois offense settled for poorly-selected shots and committed turnovers.

Scott drained a 3-pointer with 2:30 left in the half to give the Terrapins their first lead at 30-28. After Alfonso Plummer made two free throws for the Illini, Scott supplied a dunk and a jumper to enable Maryland to take a 34-30 lead onto halftime.