Brooks Koepka to return for CJ Cup next week 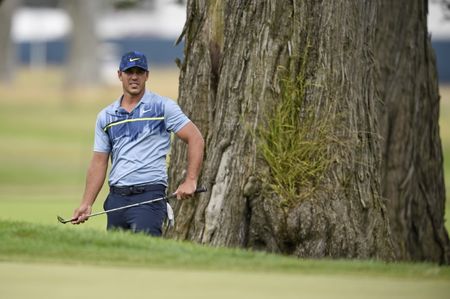 (Reuters) – Brooks Koepka will make his return from a two-month injury layoff at the PGA Tour’s CJ Cup next week.

The four-time major winner has not featured since August’s Wyndham Championship, where he missed the cut. The 30-year-old American withdrew from the FedExCup playoff opener in Norton, Massachusetts before skipping the U.S. Open due to a knee injury.

“Excited to get back out there at next week’s CJ Cup at Shadow Creek. It’s been a challenging but productive two months of rehabbing my injury,” Koepka, who has managed just two top-10 finishes in 13 tournaments this year, said on Twitter.

“Looking forward to starting the new season in Vegas! As a past champion, I commend everyone at the CJ Cup for moving forward.”

This year’s CJ Cup, which was moved from South Korea to Las Vegas due to the COVID-19 pandemic, features a star-studded 78-man field that includes Dustin Johnson, Jon Rahm, Rory McIlroy and Justin Thomas.

(Reporting by Arvind Sriram in Bengaluru, editing by Pritha Sarkar)