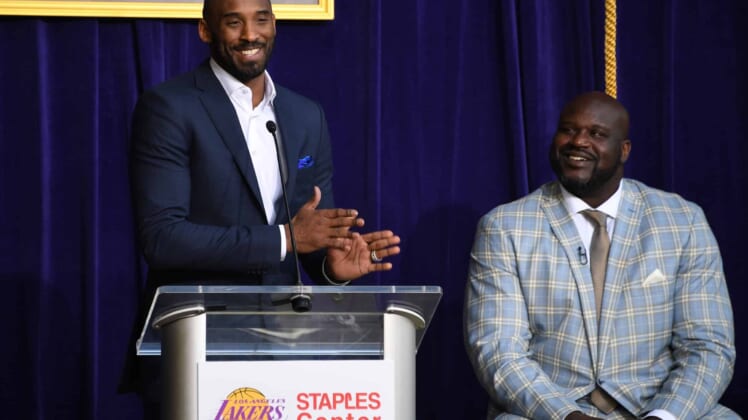 Kobe Bryant and Yao Ming will have prominent roles at the 2019 FIBA basketball World Cup in China. Both will serve as ambassadors.

Kobe Bryant will be a global ambassador for the 2019 FIBA basketball World Cup in China. Yao Ming will also be an ambassador.

It’s certainly hard to argue with either of those selections. Yao was drafted to the NBA in 2002. Since then, he’s been Chinese basketball’s greatest ambassador.

Bryant’s NBA resume speaks for itself. He also has a strong international career. He won Olympic Gold as part of Team USA in 2008 and 2012. He was also a part of the gold medal team in the 2007 FIBA Americas Championship, which qualified Team USA for the 2008 Summer Olympics in China. Additionally, Bryant has charitable connections in China with The Kobe Bryant China Fund.