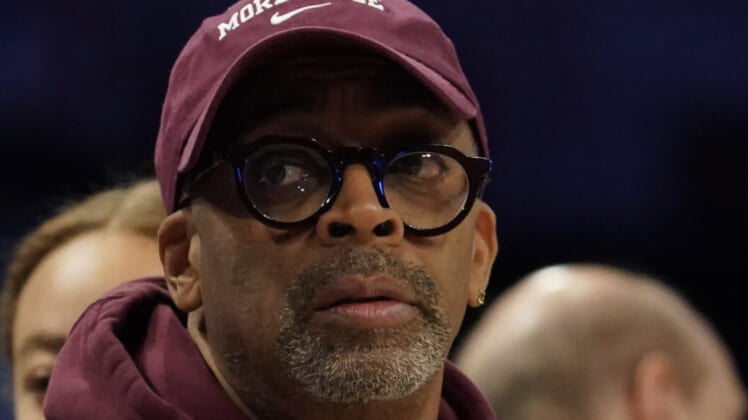 This drama in the Big Apple apparently is not going to die down any time soon.

Ahead of their game against the Houston Rockets at Madison Square Garden Monday night, an incident broke out between New York Knicks security guards and super fan Spike Lee.

It surrounded Lee using the very same employee entrance the director says that he’s been utilizing since he started regularly attending games about three decades ago.

While some sought to downplay the issue, Lee took to ESPN’s “First Take” Tuesday morning to blast the Knicks and owner James Dolan.

The Knicks have now responded in kind with an attack directed at the Academy Award winning director.

“The idea that Spike Lee is a victim because we have repeatedly asked him to not use our employee entrance and instead use a dedicated VIP entrance — which is used by every other celebrity who enters The Garden — is laughable,” the statement read.

Ouch. Talk about escalating the situation between this long-downtrodden organization and its best-known fan.

Regardless of who is in the right here, the Knicks simply can’t afford bad press. Unfortunately, their statement won’t quiet things on this front.