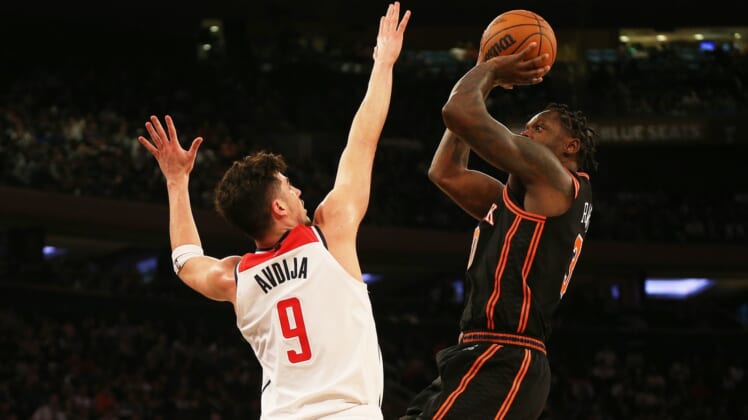 New York Knicks power forward Julius Randle has been ruled out of Tuesday’s game against the visiting Atlanta Hawks due to a sore right quadriceps tendon.

Obi Toppin likely will make his third start of the season on Tuesday in place of Randle.