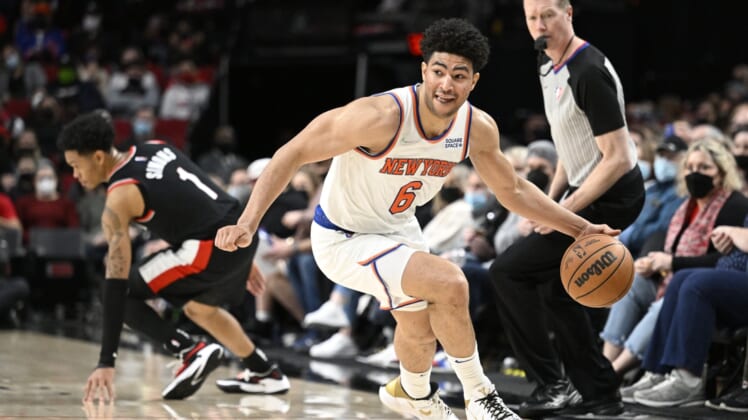 New York Knicks rookie guard Quentin Grimes has been ruled out of Sunday’s game against the host Detroit Pistons because of a sore right knee.

Grimes, 21, has appeared in each of New York’s past five games since returning from a knee injury. The Knicks (32-42) return home to host the Chicago Bulls on Monday night.

Grimes has averaged 6.1 points and 2.0 rebounds in 45 games (six starts) this season.

He was selected by New York with the 25th overall pick of the 2021 NBA Draft.