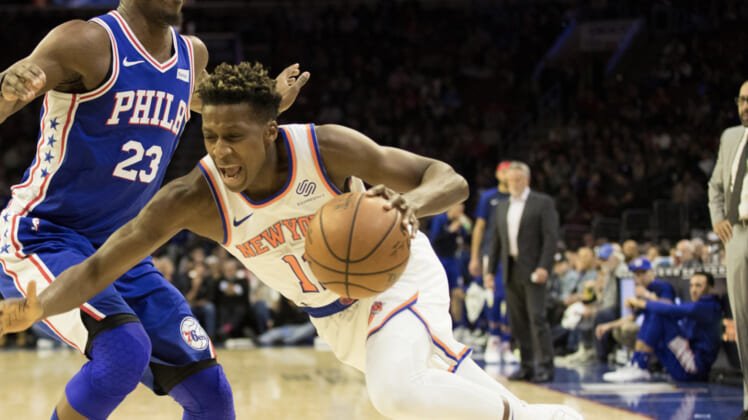 As the New York Knicks hosted the Milwaukee Bucks Christmas afternoon, a familiar face was not on the court for the home team at Madison Square Garden.

Head coach David Fizdale decided to take second-year guard Frank Ntilikina out of the rotation, sitting him for the duration of the game. Instead, veteran Trey Burke saw a ton of playing time in the eventual loss.

This was somewhat of a dramatic move for a Knicks team that had selected Ntilikina No. 8 overall back in 2017. And it doesn’t appear that the youngster was happy about being benched.

“Did I know that I would not play today? Coach makes his decision during the game. So you don’t know,” Ntilikina said, via the NY Post. “You know that, right?”

It’s the fourth time this season that the 20-year-old Ntilikina has not played due to a coach’s decision. For a team that’s in rebuild mode, it makes little sense to give playing time to veterans such as Burke and Emmanuel Mudiay. And we can sense Ntilikina‘s frustration.

Considered a defensive stopper, Ntilikina continues to struggle on the other end of the court. He’s averaging just 6.3 points and 2.6 assists on 35 percent shooting from the field this season.