Knicks beat Nuggets in Denver for first time since 2006 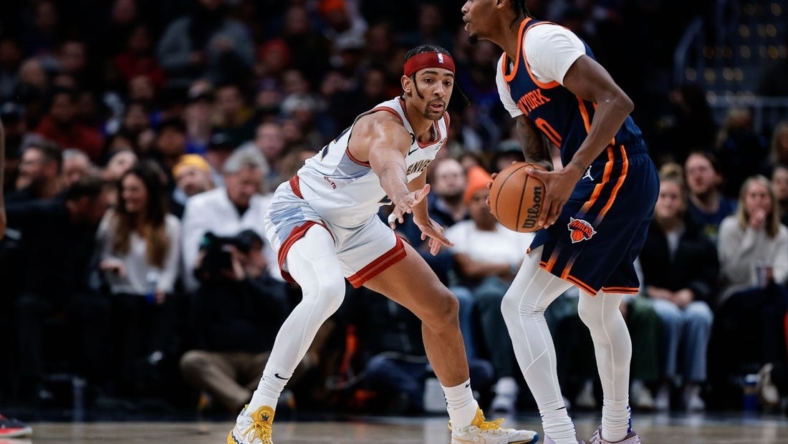 Derrick Rose had 13 points and RJ Barrett added 11 for the Knicks, who won in Denver for the first time since 2006.

Jamal Murray had 21 points and nine rebounds, Bones Hyland also scored 21 in his return to the lineup, Zeke Nnaji and Kentavious Caldwell-Pope had 13 each, Bruce Brown scored 12 and Jeff Green finished with 10 for the short-handed Nuggets.

Denver played without Nikola Jokic, who entered health and safety protocols, and Aaron Gordon, who was out with a non-COVID illness.

Hyland returned to the Nuggets lineup after being in health and safety protocols for two games.

Denver led by seven in the first quarter, fell behind but rallied to take a 47-44 lead with 3:27 left in the second quarter. New York recovered to go up 55-54 at halftime.

Barrett’s layup gave the Knicks a 66-60 lead with 8:16 left in the third, but the Nuggets rallied. Caldwell-Pope converted a three-point play then hit a 3-pointer from the corner to tie it.

New York turned it over after a timeout and Murray hit another from deep to give Denver a three-point lead, and went into the fourth leading 84-80.

Hyland opened the final period when he was fouled on a made 3-pointer and hit the free throw for a four-point play. Rose answered with a technical free throw and a 3-pointer on the same possession.

Denver responded with a three-point play and a layup by Hyland to tie it with 1:05 left, and then Randle split a pair of free throws with 50.6 seconds left.

Caldwell-Pope missed a 3-pointer with 28.5 seconds left and Brunson sealed it with two free throws with 10.5 seconds remaining.