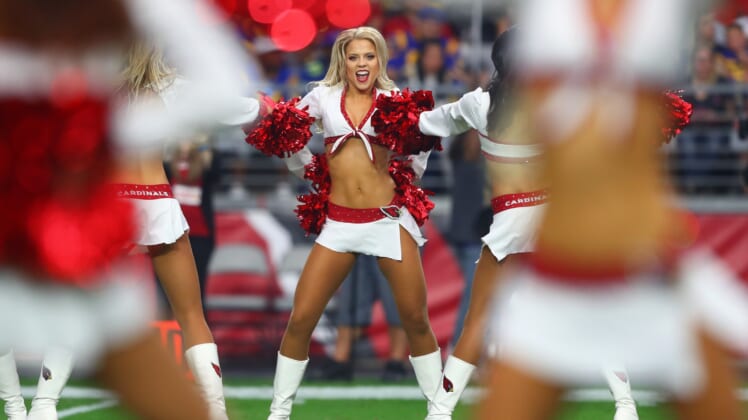 The Arizona Cardinals are making it widely known that they are very interested in Heisman winning top quarterback draft prospect, Kyler Murray.

Wearing his heart on his sleeve, head coach Kliff Kingsbury absolutely gushed over Murray at the NFL Annual Meeting.

Talk about infatuation. Kingsbury leaves nothing to wonder about how he feels when it comes to Murray’s dual talents on the field.

Or, this could be some type of huge smokescreen by the Cardinals to hype up other teams to try to trade for their first overall draft pick.

One of those teams keeping their ears open as to the Cardinals’ plans is the Oakland Raiders. Head coach Jon Gruden has also not been shy about his interest in Murray as well.

Murray was pure electric to watch in his final year at Oklahoma after racking up 4,361 passing yards and 42 touchdowns. In rushing, Murray recorded 1,001 yards and 12 touchdowns.

Other than being a tad on the short side, Murray alludes much appeal. Hence Kingsbury’s gushing comments.