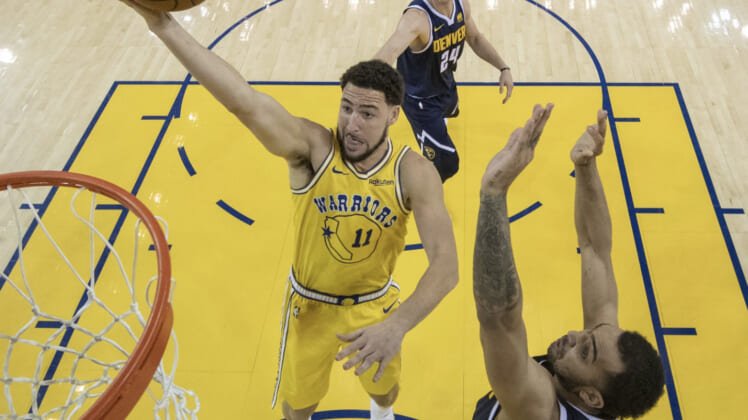 NBA referees are known to be fairly liberal about the traveling rule. Golden State Warriors Star Klay Thompson took advantage of that in Game 1 of the NBA Finals.

Thompson took a pass from Andre Iguodala at about the free throw line. Without putting the ball on the ground once, he went in for the jam.

It wasn’t quite seven steps as Johnson’s former coach, Mark Jackson said. But it was a solid three. By the rules, that’s more than enough for a travel.

Here, though, that was not the case.