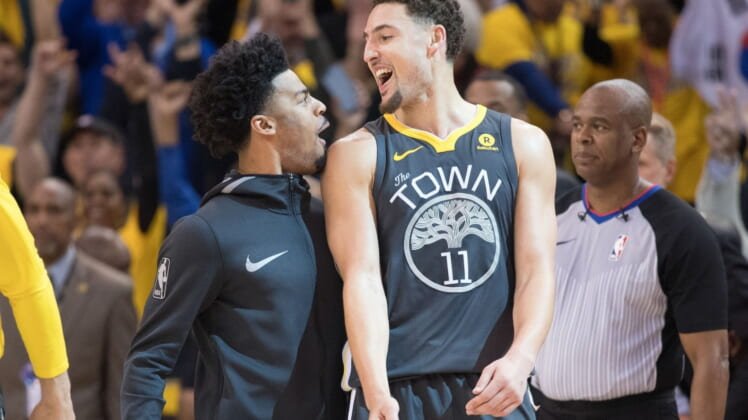 The Golden State Warriors beat the Los Angeles Clippers Sunday to go up 3-1 in their first-round series, but Klay Thompson is already moving on to the Houston Rockets.

Thompson, who was on fire from the floor Sunday to lead the Warriors with 32 points, was interviewed by Lisa Salters on ABC after the game. What he said will likely not be well received by Los Angeles’ locker room.

Truthfully, this series should be over already. The Warriors were up 31 points in Game 2 to the Clippers but stopped playing and ended up losing that game following a historic collapse in the final quarter.

Clearly, confidence isn’t an issue here. However, it’s going to be interesting to see if the Clippers bring even more of an attitude than they already have in Game 5 following these comments by Thompson.