Two days. Two signings of former Pro Bowl defenders. The Las Vegas Raiders have reportedly inked Pro Bowl linebacker K.J. Wright after he met with the team’s brass in the desert on Thursday.

Wright, 32, spent each of his first 10 NFL seasons as a member of the Seattle Seahawks. The linebacker earned a Pro Bowl appearance with Seattle back in 2016 and has been among the most-underrated players at his position during that span.

This past season saw Wright record 86 tackles (60 solo), 10 passes defended and an interception. While the Mississippi State product is no longer the player he was during his heyday in the Pacific Northwest, K.J. Wright will be a major upgrade for Las Vegas’ defense. 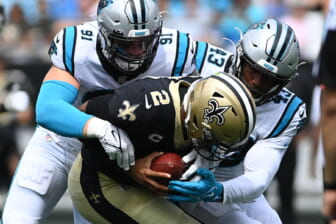 The K.J. Wright signing represents the fourth different Pro Bowl defender Las Vegas has brought on this offseason in hopes of improving a unit that yielded nearly 30 points per game in 2020.