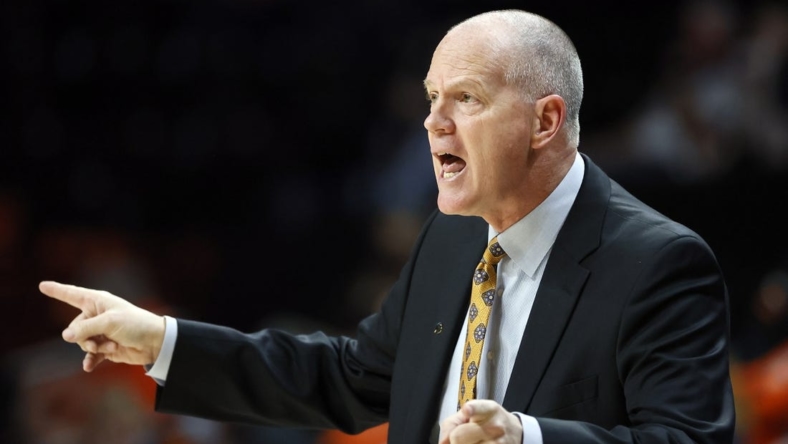 KJ Simpson poured in a career-high 30 points as Colorado clobbered No. 24 Texas A&M 103-75 on Friday afternoon in the first consolation bracket game in the Myrtle Beach Invitational in Conway, S.C.

The Buffaloes (3-2) continued their up-and-down start to the season, beating their second ranked team in the past week and getting back on the winning track after losing to UMass on Thursday in the opening round.

Colorado swamped the Aggies with a dominating final 11 minutes of the first half and never looked back, leading by as many as 33 points midway through the second half and staying on the gas throughout.

The Buffaloes shot 57.6 percent and hit 16 of their 32 3-pointers while holding Texas A&M to 40 percent shooting.

Simpson’s previous career high was 23 points in the Buffaloes’ win over then-No. 11 Tennessee on Sunday. Ethan Wright added 15 points for Colorado, with Javon Ruffin hitting for 14 and Nique Clifford scoring 11. Wright made 5 of 6 shots from 3-point range and Simpson made 4 of 8.

Hayden Hefner led the Aggies (2-2) with 13 points while Solomon Washington and Julius Marble added 12 each in the loss, Texas A&M’s second in less than 20 hours.

The game was tight over the opening six minutes, with the lead switching back and forth and the Aggies eventually moving on top at 14-12 after an Andersson Garcia layup at the 13:43 mark of the first half.

The Buffaloes took charge with a 15-2 run over the ensuing five minutes and continued to build their advantage through the rest of the half, leading by as many as 24 late before settling for a 54-33 advantage at the break.

Simpson led all scorers with 14 points before halftime while Ruffin and Wright added nine each. Colorado outshot the Aggies 58.1 percent to 35.7 percent over the first 20 minutes, had 14 assists on 18 made baskets and outrebounded Texas A&M 19-11.

Dexter Dennis and Andre Gordon led A&M in scoring in the first half with six points each as 13 players saw the court for the Aggies before intermission.