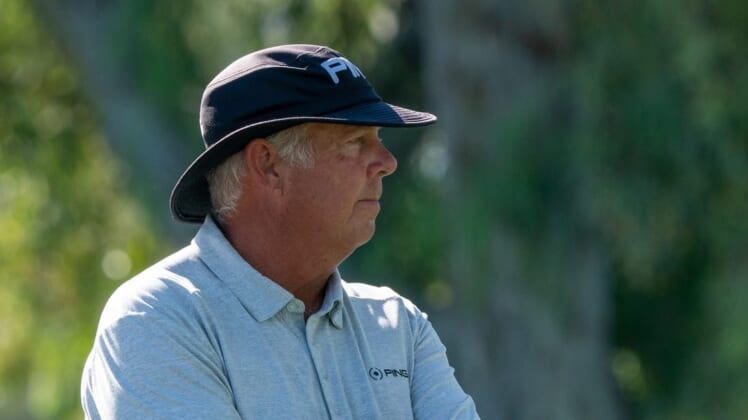 Kirk Triplett shot a steady two-under-par 68 Saturday to take the lead after two rounds at the Shaw Charity Classic in Calgary, Alberta.

Triplett, who had fired a five-under 65 on Friday to land within striking distance of the lead, only needed to avoid mistakes on Saturday to slide into the lead on a day that produced plenty of average scores. He sits at 7-under 133 after two rounds.

“I think a big change from yesterday, right?” Triplett said. “A good, stiff breeze but from the opposite direction, and I think the pin placements were a little more difficult to access today, so maybe that’s because I had a good round yesterday and I was playing a little more conservatively today, but I felt it was more difficult to score today.”

Ireland’s Padraig Harrington, who led after Round 1 thanks to a 6-under-par 64, fell into a tie for fifth with three other golfers at 4-under 136 after shooting a 72 on Saturday. He had six bogeys on the day.

Close behind Triplett are Jerry Kelly (66) and Paul Goydos (68), who are tied for second a stroke back. Fiji’s Vijay Singh (67) is in fourth place at 5 under.