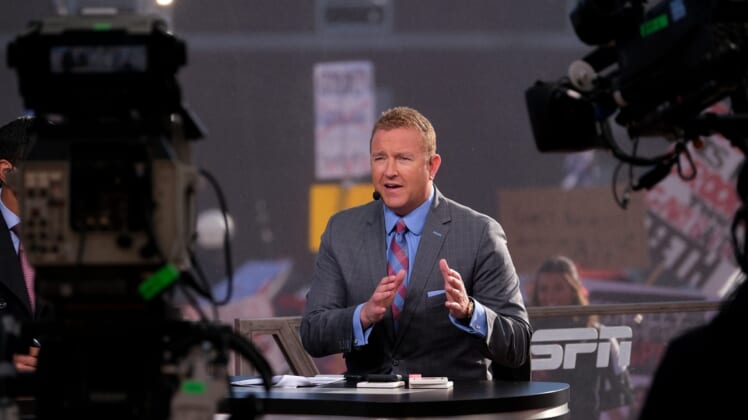 Top football analyst Kirk Herbstreit won’t be part of the coverage of the 2022 NFL Draft, which begins Thursday in Las Vegas, because of a medical issue.

“Doctors have recently found a blood clot in my system,” Herbstreit tweeted Monday. “And so, very fortunate to have very good doctors who I trust. I feel good, but out of an abundance of caution, I think I’m just going to take a step back from this year’s draft coverage.”

Herbstreit, 52, was set to be in Las Vegas as part of the main ABC team calling the draft. He won’t be broadcasting remotely.

“I will be watching like everybody else,” he said. “I look forward to seeing all the different storylines unfold. But I will see you guys at next year’s draft.”

Herbstreit is the No. 1 college football analyst for ABC and ESPN, and he recently signed on to join Al Michaels as the NFL broadcast team for Amazon when it airs Thursday night games this fall.

The ABC draft set in Las Vegas will have a few other missing parts.

Draft guru Mel Kiper Jr. will join all three days of coverage remotely from his home in Maryland, he announced earlier, citing his unvaccinated status.