Kirk Cousins praises Terrelle Pryor: ‘A joy to work with’ 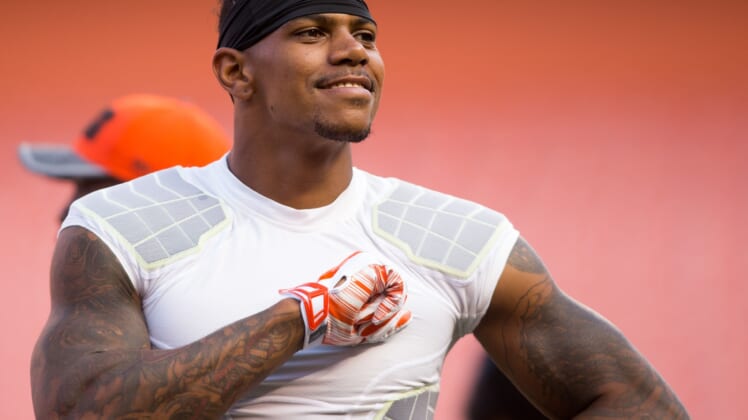 Washington quarterback Kirk Cousins is excited to have former quarterback turned receiver Terrelle Pryor on his team heading into 2017.

The two have begun to mesh already early in the offseason. Cousins appreciates the fact that Pryor has a different view of things, having been behind center most of his career, and he called him “a joy to work with.”

“I like it because I’ve never had a conversation with a receiver like I’ve had with him where he said, ‘Yeah, it was two-invert, so I took it to the post. It was quarters on the backside,'” Cousins said, via WJFK-FM. “He really can see it and he’s going to hold me accountable, so you take the good with the bad. I love it.

“He’s an enthusiastic guy. He’s always wanting to run another route. ‘Let’s try it again, let’s do it again,’ just a positive attitude and he’s been a joy to work with thus far.”

Last season playing with the Cleveland Browns, Pryor broke out with 77 catches for 1,007 yards and four touchdowns. He is a much-needed addition in Washington, which let Pierre Garcon and DeSean Jackson — the two top receivers last year — hit the open market this offseason.

If Pyror can build upon the success he had last year and becomes a reliable target for the very accurate Cousins, then it’s possible Washington will look very smart for having let the other two receivers go.