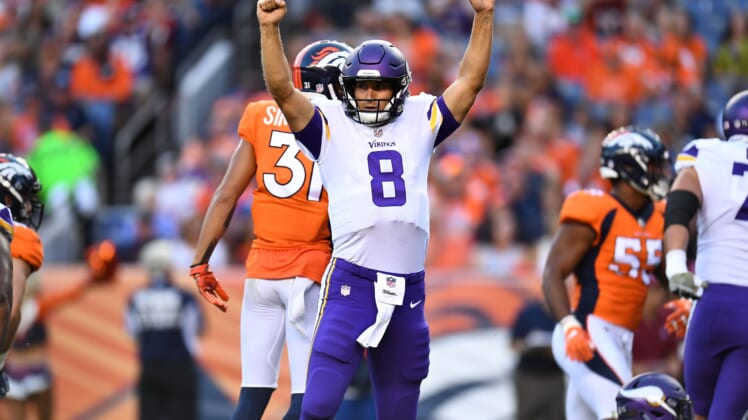 Minnesota Vikings quarterback Kirk Cousins is going all in with his new team in the lead up to his first regular season game as a starter for the squad.

Cousins just recently filed a “YOU VIKE THAT” trademark with the United States Patent and Trademark Office.

This is a spin-off from Cousins’ famous “you like that” statement following a win when he was a member of the Washington Redskins.

No one can say Cousins isn’t going all in after signing a fully-guaranteed three-year contract with the champiosnhip contenders.

As the face of the franchise over the next three-plus years, he’s going to be facing an incredible amount of pressure to bring a first ever Super Bowl title to the Twin Cities.

Whether this new trademark is met with positive reviews or skepticism remains to be seen. But we like it.