Kiper: “Hunch” Raiders and Gruden Could Draft QB Love in First Round 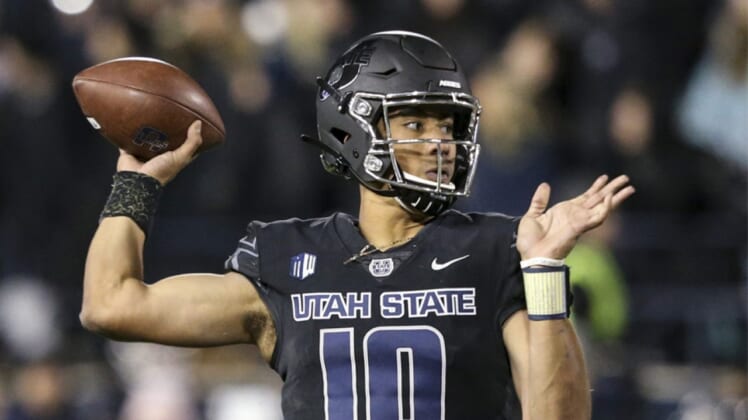 ESPN NFL Draft expert Mel Kiper Jr. held a teleconference with national media on Wednesday and talked about why he thinks the Las Vegas Raiders may draft Utah State quarterback Jordan Love with the No. 19 overall pick.

On a conference call with national media to discuss the upcoming NFL Draft, Kiper expanded on his reasoning for slating Love at No. 19 in the first round in his latest mock draft.

“Yeah, I mean, it’s just a hunch,” Kiper admitted when asked about his selection by Jerry McDonald of the Oakland Tribune. “I’ve been Jon (Gruden) a lot and I know everyone talks about the young quarterbacks and everybody’s got mixed views on how he is (with young QBs).

Kiper added Gruden might have been the beneficiary of veteran quarterbacks helping him succeed in his first stint in Oakland (Rich Gannon) and his Super Bowl win in Tampa (Brad Johnson), but his desire to mold and develop a young quarterback has eluded him.

“I think the opinions are mixed on Jon because, to me, he seemed frustrated by the fact he was never hand picking the quarterback,” Kiper said. “I don’t know how he feels about Jordan Love, but Love can spin it.”

Kiper said he could see the Raiders using the 12th-overall pick in the first round around to address their need areas (CB and WR) and opt to draft Derek Carr’s heir-apparent in Love (or other QB prospects) as well.

“He cold be that guy that takes over for Carr if he’s a plateau quarterback,” Kiper said. “Then you have a guy in two or three years that can be the guy.”

With Carr expected to have an improved season thanks to significant upgrades on defense, and assuming the addition of talent at wide receiver, any quarterback the Raiders draft would most certainly be with eyes on 2-3 or more seasons down the road.

“You’ve got two first-round picks and if Carr turns out to be great, then great,” Kiper said. “….then, in 2-3 years you have Jordan Love who maybe could emerge and you have your answer.”

The Raiders also signed former first-round QB Marcus Mariota to backup Carr in 2020 and have two other signal-callers on their roster presently: Nathan Peterman and DeShon Kizer.