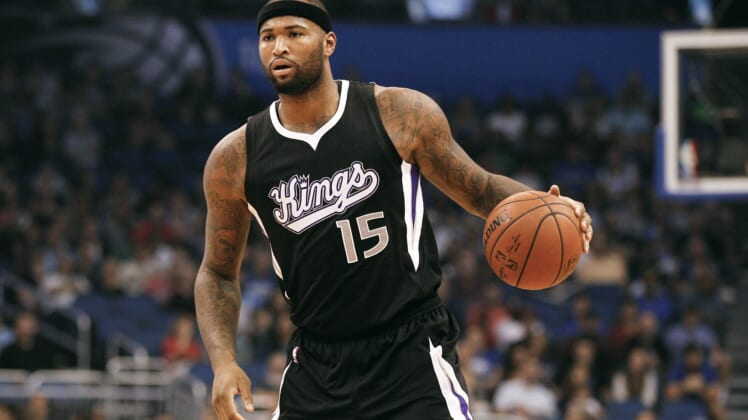 The saga of DeMarcus Cousins is finally, mercifully over.

After over two years of trade rumors, discontent and unhappiness, the Sacramento Kings dealt Cousins and Omiri Casspi to the New Orleans Pelicans tonight in exchange for Buddy Hield, Tyreke Evans, Langston Galloway, a 2017 first round pick, and a 2017 second round pick, per Adrian Wojnarowski of The Vertical.

Galloway, however, will likely be waived. The first round pick is reportedly “mildly protected.”

This move gives Anthony Davis a frontcourt partner for the near future and turns the Pelicans — currently 2.5 games out of a playoff spot — into contenders. With Cousins reportedly unlikely to re-sign in New Orleans, its a rare go-for-it move from a team without title aspirations.

However, with a disappointing season at hand, the Pelicans seemingly felt they had to right the ship. With the remainder of this season and next season left on Cousins’ deal, New Orleans certainly has time to convince the embattled big man to stay and there is no better argument than results.

As for Sacramento, this is an official end to their playoff aspirations.

With their first-round pick only top-10 protected this season, a decision had to be made soon for the Kings. The choice seemed to be between keeping the pick and being swept by the Golden State Warriors in the first round, so Sacramento chose the former.

This pick is especially important to the Kings because they traded their 2019 first rounder, unprotected, to the Philadelphia 76ers along with swap rights on this year’s pick. However, even if those rights are exercised, this trade virtually guarantees the Kings will pick in the top-10.

Reportedly, this move was also made with Sacramento’s culture in mind. With stories already out in the open about Cousins’ toxic relationship with former coach George Karl and former teammates such as Isaiah Thomas, it seems that the Kings finally had enough of Cousins’ antics behind the scenes.