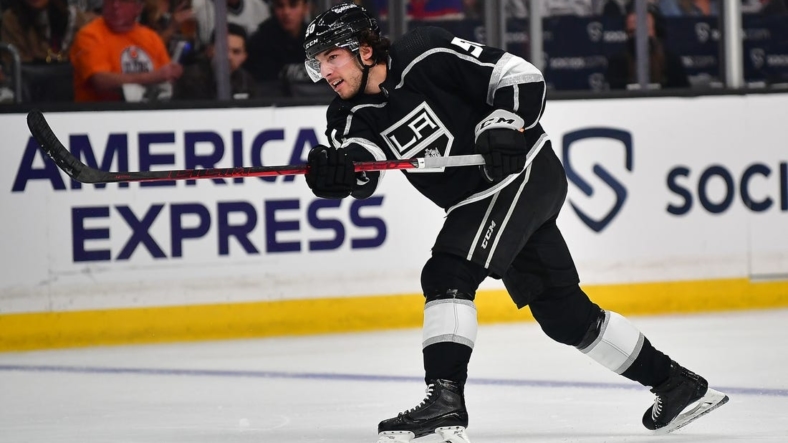 He collected 16 points (five goals, 11 assists) in 13 games last season with the Ontario Reign of the American Hockey League prior to be recalled by the Kings.

Durzi was acquired by Los Angeles in 2019 along with forward Carl Grundstrom and a first-round pick in that year’s draft in exchange for defenseman Jake Muzzin of the Toronto Maple Leafs.

Durzi initially was selected by the Maple Leafs in the second round of the 2018 NHL Draft.