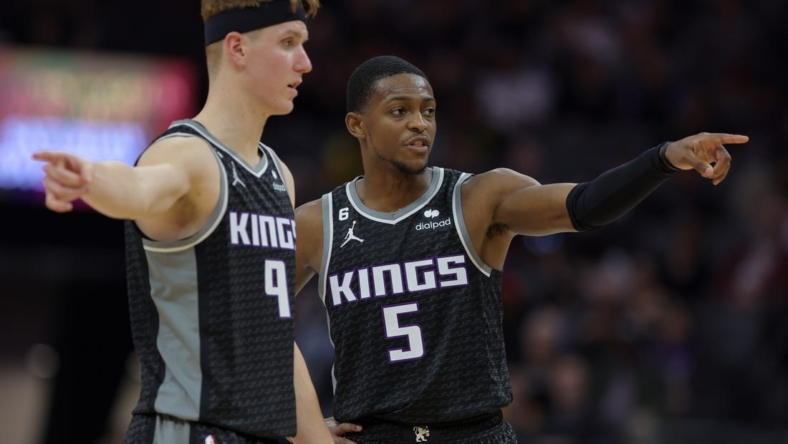 The Sacramento Kings open a four-game road swing Monday when they travel to Charlotte to meet a Hornets team coming off an overtime win over the reigning NBA champion.

Charlotte experienced the lows and highs of a weekend back-to-back, losing a 113-93 rout on the road Friday to the previously winless Orlando Magic. The Hornets rebounded at home the following night with a 120-113 victory over the Golden State Warriors.

Charlotte built a 15-point lead in the third quarter before the Warriors rallied, but the Hornets held the Warriors to just six points in the extra frame.

“It says a lot about the guys in the locker room. They sucked it up. We were tired,” Charlotte coach Steve Clifford said. “A bunch of guys played well to make the plays at the end of the game. It’s a really good win for our team.”

The Hornets aim to build on the premier win of the early stretch in their 2022-23 season against a Sacramento bunch coming in from its first win of the campaign.

The Kings dropped their first four games, including decisions of two points against the Los Angeles Clippers and five points at Golden State, before scoring a 119-113 victory Saturday over the Miami Heat.

Kevin Huerter was 7 of 8 from 3-point range en route to a team-high 27 points, rookie Keegan Murray posted 22 points, and De’Aaron Fox recorded a double-double of 17 points and 13 rebounds in the win.

“It was big for us, just seeing the ball go down a couple times. Then, we got the stops when we needed them,” Murray said. “This is something we need to continue to do moving forward, and I think today was a stepping stone for that.”

Improved defensive effort was key for both Sacramento and Charlotte, who each allowed 113 points in their most recent game. Most impressive for the Hornets was that they allowed 107 points in regulation to the offensive-minded Warriors.

Offensively, Gordon Hayward continued to do his part, carrying the load with LaMelo Ball sidelined with an ankle injury. Hayward scored 23 points in Saturday’s win, his fourth game with at least 20 in the early going.

Terry Rozier, Charlotte’s leading scorer through the first five games, missed Saturday’s contest with an ankle injury. He is listed as day-to-day.

P.J. Washington came through with 31 points in Rozier’s absence. Washington had not scored more than 17 points in any of the five previous outings.

Sacramento comes in with Fox having reached at least 26 points in four of the team’s five games and shooting 39.3 percent from 3-point range.

Murray’s quick ascent into the Kings’ starting lineup has come in part due to his 41.9 percent shooting from 3-point range, while offseason acquisition Huerter – traded to the Kings from the Atlanta Hawks – is knocking down a blistering 54.1 percent on more than seven attempts per game from 3-point distance.