The Kings have lost seven of their last eight games and 11 of 17 to start the season. 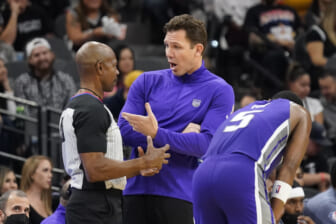 The Kings went 31-41 in each of Walton’s first two seasons in Sacramento, with the team finishing tied for 11th place in the Western Conference last season, two games outside of a spot in the play-in tournament.

The Kings have not been to the playoffs in 15 years overall (2006), tying the Los Angeles Clippers franchise — a string that began in 1977 when the Clippers were known as the Buffalo Braves and ran through 1992 — for the NBA’s longest playoff drought.