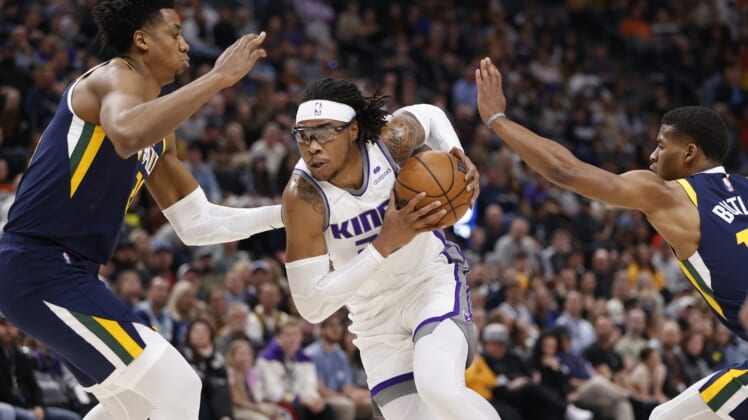 The NBA fined Sacramento Kings big man Richaun Holmes $25,000 on Monday for “forcibly throwing” the ball into the stands over the weekend.

The incident occurred during the Kings’ loss to the Utah Jazz on Saturday. After a made bucket by the Jazz to end the third quarter, the 6-foot-10 Holmes threw a baseball pass that landed a few rows behind the basket at the other end of the court.

Holmes was assessed a technical foul and ejected. He finished the game with seven points and six rebounds in 23 minutes.