King Fury out of Kentucky Derby after spiking fever 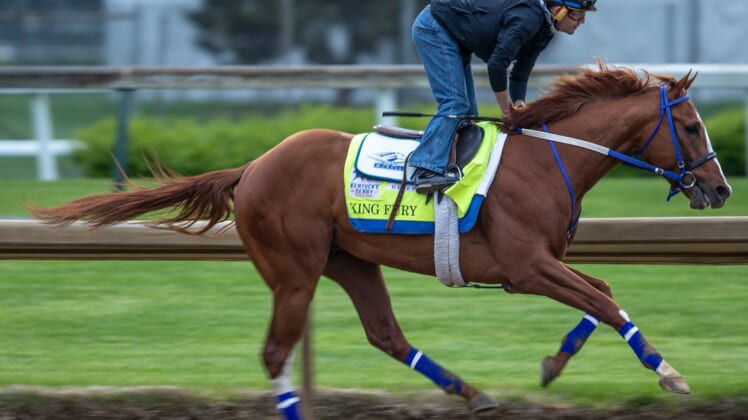 King Fury, trained by Kenny McPeek, puts in a final workout at Churchill Downs before the Kentucky Derby . April 24, 2021Aj4t5983

King Fury was scratched from Saturday’s Kentucky Derby after running a fever on Friday.

“King Fury spiked a 104-degree fever this afternoon after he galloped this morning,” trainer Kenny McPeek said in a statement released by Churchill Downs racetrack. “… I feel gutted for all of the people that worked to get him ready for this race. Unfortunately he’s not 100 percent. … We’ll regroup and point to another race.”

The four horses who were on the outside of King Fury’s post position (No. 16) will move in one spot in the starting gate, although the program numbers will remain the same.

King Fury is a son of Curlin, winner of the 2007 Preakness and Breeder’s Cup Classic and the 2008 Dubai World Cup.