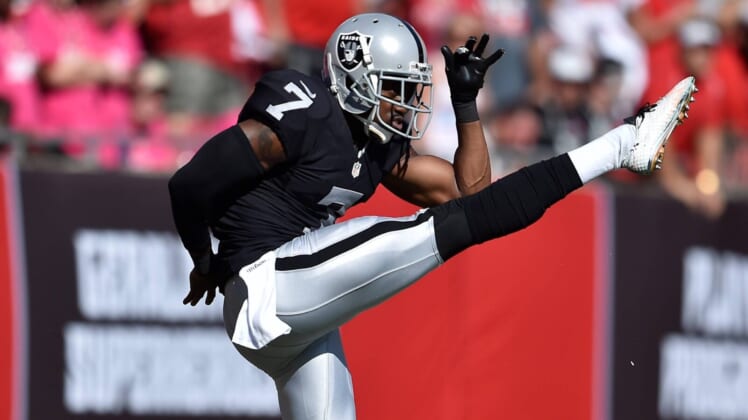 The arrival of Jon Gruden as the new head coach of the Oakland Raiders has meant a wave of change in the organization – especially on the field and in the locker room.

The Oakland Raiders, in a move that didn’t surprise many, released All Pro punter Marquette King today and also said goodbye to tight end Clive Walford in another shakeup in the Raiders locker room. The moves, according to our own Scott Winter, will save the Raiders $2.9 Million in salary cap room this season.

King, who was often derided by fans and others for his colorful and boastful demeanor on the field, was an undrafted free agent signed by the club in 2012. In his six-year career, King played in 80 games, booted 426 punts for nearly 20,000 yards (46.8 avg.). King was a second-team All-Pro selection in 2016. Prior to the 2016 campaign the Raiders signed King to a five-year, $16.50 million extension with $12.50 million guaranteed.

Walford, a former third-round pick, had an awful season in 2017. He snagged just nine passes for 80 yards in 13 games. With four other tighte ends of the roster, including Jared Cook, Lee Smith, Derek Carrier and Pharaoh Brown, Walford was expendable but most certainly will sign on in another spot due to his potential and past performance.

Cook is set to make a whopping $5.7 Million against the cap this season which made cutting Walford almost a must-do for General Manager Reggie McKenzie.