Former World No. 4 Kiki Bertens walked off the tennis court at the Tokyo Olympics for the final time as a singles player on Saturday.

The 10-time WTA Tour winner from the Netherlands underwent Achilles surgery last October and announced in June that she’d be retiring at the end of the 2021 season. Earlier this week, she said Tokyo would be it for her career.

Currently ranked No. 21, Bertens lost a tough three-set match to Marketa Vondrousova of the Czech Republic 4-6, 6-3, 4-6.

“I think I can be really proud of myself. I would have never dreamed what I’ve achieved,” Bertens, 29, said after her match.

“There’s so many memories, so many great people I’ve met over the years. I’m just going away with a happy face and no regrets.” 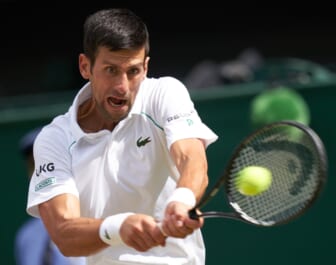 Bertens’ best showing in a Grand Slam event came in 2016 when he reached the semifinals of the French Open before losing to Serena Williams.

Bertens reached her high singles ranking of No. 4 in May 2019. She also has won 10 doubles titles.

In Tokyo, she also is entered in the women’s doubles and mixed doubles draws.