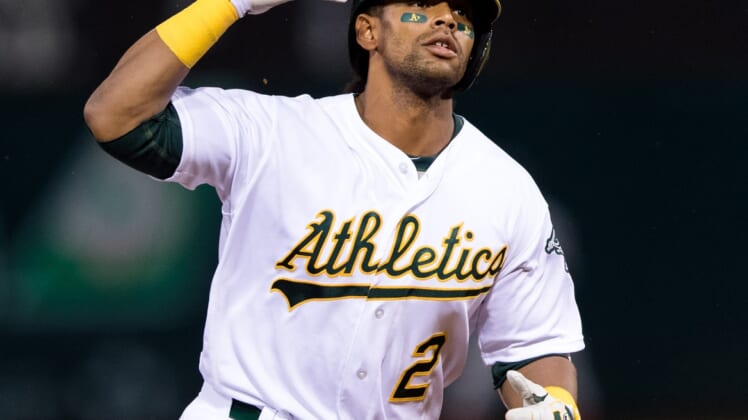 The Oakland Athletics announced on Thursday that they had extended Khris Davis to a contract extension through the 2021 season.

If you’re a fan of the A’s you must be thrilled. First of all, it’s a good deal.

One of baseball’s most powerful hitters secured: And he’s secured at a reasonable cost.

Now, for the sake of argument, let’s say that you disagree. As reliably powerful as Davis is, maybe you think that it’s still an overpay.

You don’t have to be crazy about the terms: But if you’re an A’s fan, this deal should still make you ecstatic.

“Moneyball” immortalized the frustrations that the A’s have had when it comes to keeping their top guys. But the truth is, this has plagued this franchise going back to its days in Philadelphia.

Extending Davis doesn’t guarantee a World Series. But it’s a tremendous sign that the issues that have held this franchise back for so long may be coming to an end.