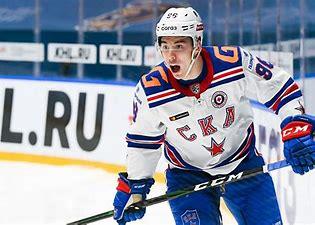 The 26-year-old forward announced the move on Instagram with a photo of himself in a Canucks sweater.

Agent Dan Milstein of Gold Star confirmed it on Twitter. “Contract details to be worked out soon,” he wrote.

He set career highs with 20 goals and 33 assists in 45 games with SKA St. Petersburg this season in the Kontinental Hockey League. He added seven goals and seven assists in 16 playoff games.

The earliest official date Kuzmenko can sign with Vancouver is July 13.