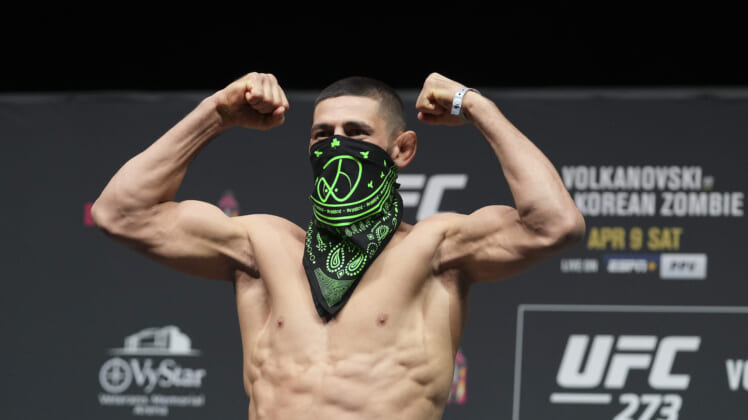 While Khamzat Chimaev has taken the UFC by storm and has quickly become one of the promotion’s most popular stars, “BMF” champion Jorge Masvidal is not a believer in the hype surrounding the 28-year-old star.

Chimaev is one of the brightest young talents in all of MMA and the undefeated Russian was an absolute wrecking machine over his first four fights in the UFC. However, in April he was taken to the brink of defeat by former title challenger Gilbert Burns. For some, the victory proved that “Borz” is an elite-level fighter and a serious welterweight title contender.

However, two-time 170-pound title challenger Masvidal thought the highly competitive bout at UFC 273 proved that Chimaev is not as good as many MMA observers thought.

The follow-up to Chimaev’s pay-per-view showcase in the spring will be a main event spot against UFC superstar Nate Diaz at UFC 279. The matchup is one of the most highly anticipated showdowns left on the 2022 UFC schedule. While it features two popular competitors, bookmakers have installed Chimaev as a massive favorite to win in September.

The odds are understandable since Diaz has notoriously had trouble with talented wrestlers, and “Borz” is arguably the biggest and best wrestler at welterweight. Although Masvidal thinks Chimaev should get the W on Sept. 10, he does believe there is a real possibility that the Californian’s endless cardio could play a major role if it reaches the fourth and fifth round. 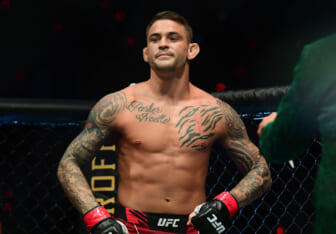 Masvidal knows all about that gas tank after facing Diaz in the headlining scrap at UFC 244, inside New York’s Madison Square Garden three years ago. A fight “Gamebred” won by third-round technical knockout due to a bad cut.

UFC 279 takes place at the T-Mobile Arena in Las Vegas, Nevada. The PPV portion of the card will air exclusively on ESPN+.