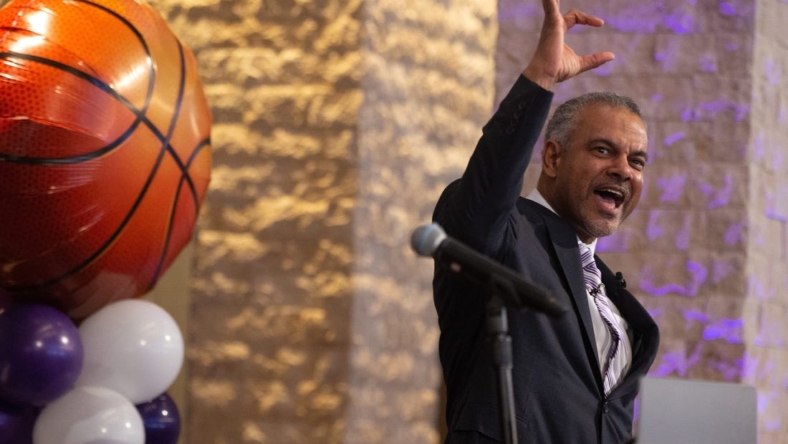 The Wildcats (3-0) have not allowed any opponent to reach 60 points this season.

Much like they did in their last game, a 63-54 victory at California, the Wildcats surged to a 20-point lead just after halftime. Like they did against Cal, the Wildcats allowed Kansas City to get back into the game. The Roos went on a 20-10 run to cut the lead to 57-47 with 6:43 left. The lead was trimmed to 10 points several times, but unlike Cal, who cut the lead to one point, Kansas City never got inside double figures.

Both teams started slowly on offense. Kansas City was 1-for-8 from the field before the first media timeout. K-State wasn’t much better, hitting the second of seven attempts to take a 4-2 lead.

They continued to struggle from the field, but K-State slowly pulled away. The Cats took their first double-digit lead of the game with a pair of free throws by Markquis Nowell to give the Cats a 24-13 lead. K-State ended up shooting 48.1 percent from the field (13-of-27), including 43.8 percent (7-of-16) from 3-point range.

K-State led by as many as 18 points before taking a 41-25 lead into the locker room. Carter, whose previous season high was six points, led the Wildcats with 14. He was 4-of-7 from long range. Johnson, who led the Wildcats in scoring their first two games, added 11 in the first half.

The Roos were led by Kopp’s eight points in the first half.