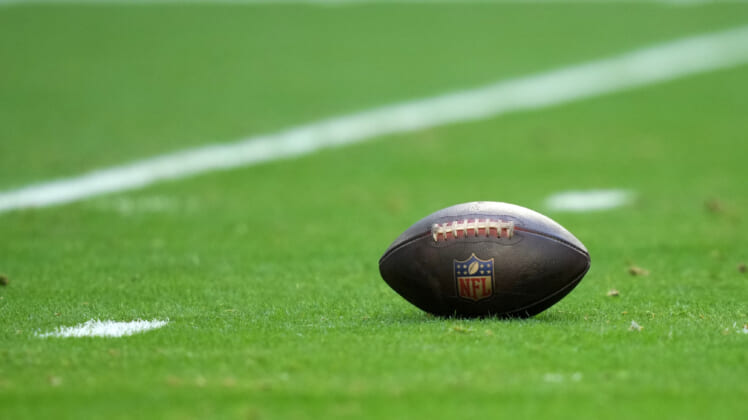 Former NFL player Kevin Ware has been charged with the death of his girlfriend, the indictment coming more than a year after Taylor Pomaski disappeared during a house party.

The Harris County District Attorney’s office announced Thursday that a grand jury indicted Ware on charges of murder and tampering with evidence, accused of tampering with her corpse.

Pomaski, age 29 at the time of her death, was last seen at a party in her Houston home on April 25, 2021. Despite an extensive search, her remains weren’t found until Dec. 10, After months of looking for her, investigators and members of the Texas EquuSearch excavated a site in North Harris County and found her remains.

Law enforcement later questioned Ware in June 2021 in connection with Pomaski’s disappearance. It came following an arrest on an unrelated warrant, with the former NFL tight end captured by U.S. Marshals.

The 41-year-old made his NFL debut with Washington’s NFL franchise during the 2003 season. An alum of the University of Washington, Ware later spent the 2004 season with the San Francisco 49ers.

Ware was already facing gun and drug charges in Montgomery County, Texas. Police are still seeking anyone with potential knowledge of what happened to come forward.

While playing for the Huskies’ football program in 2002, Ware received a one-year suspended sentence and 240 hours of community service after he plead guilty to a misdemeanor assault charge.

He later served two years in prison following a December 2018 conviction for intent to manufacture or deliver a controlled substance.

In April 2021, Ware was pulled over for speeding in Texas. Following a search of his vehicle, officers discovered a loaded pistol, an AK-47, 4.26 grams of cocaine, 1.66 grams of methamphetamine and 60.3 grams of marijuana.