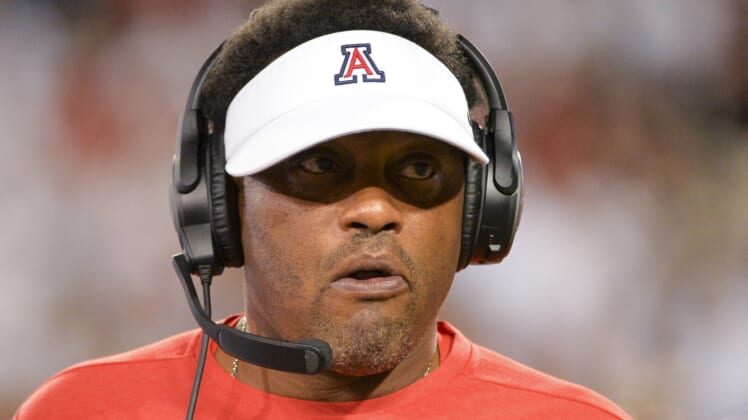 Before there was Jimbo Fisher, Kevin Sumlin ran the Texas A&M football program. Ultimately, he was fired, and Fisher was signed to a massive contract.

The thinking was that Fisher, a proven winner at Florida State, would jump-start the Aggies football program.

Well, on Saturday the Aggies had a chance to make a huge statement on the national stage with a home game against No. 8 Auburn. Instead, they were overmatched from the start and lost, 28-20, in a game that wasn’t really as close as the scoreboard indicates.

As the Aggies lost, Sumlin tweeted a single emoji that speaks volumes.

Apparently, Fisher wasn’t a magic pill for the program after all. The Aggies fell to 2-2 on the season with Saturday’s loss.