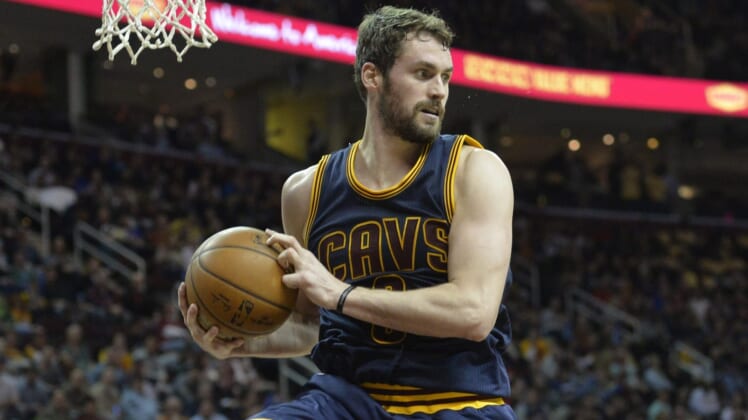 Kelly Olynyk is sorry he knocked Kevin Love out of the NBA Playoffs, but Love doesn’t want to hear it.

During the first round of the playoff series featuring the Boston Celtics and Cleveland Cavaliers, Olynyk fouled Love hard, dislocating his shoulder and ending his playoff run.

According to Adrian Wojnorowski of Yahoo Sports, Olynyk has tried to contact Love to apologize, but Love has rejected the overture: “Strangely, Love continues to rebuff Olynyk. He isn’t interested in the call, refusing to ease Olynyk’s guilt.”

When asked about Olynyk, Love says he’s over the whole thing, per Chris Haynes of the Northeast Ohio Media Group:

Love said Olynyk has reached out multiple times and he acknowledged not returning any of his calls. He’ll save that conversation for down the road. Right now, he has more important business to tend to.

“All I’m focused on is getting healthy right now,” he said.

I’m no expert on human psychology, but it sure doesn’t seem like Love is “over it.”

No doubt, he has every right to feel some bitterness over the whole thing. After enduring many a frustrating night during the regular season, trying to find his way on a team run so much differently than anything he’d ever experienced before, Love was finally starting to get into a groove.

Now, there’s no telling if he’ll even be with the Cavs next year.

With that said, it’s understandable that Love might still harbor some resentment toward the man who may have killed any chance he had of playing in an NBA Finals.