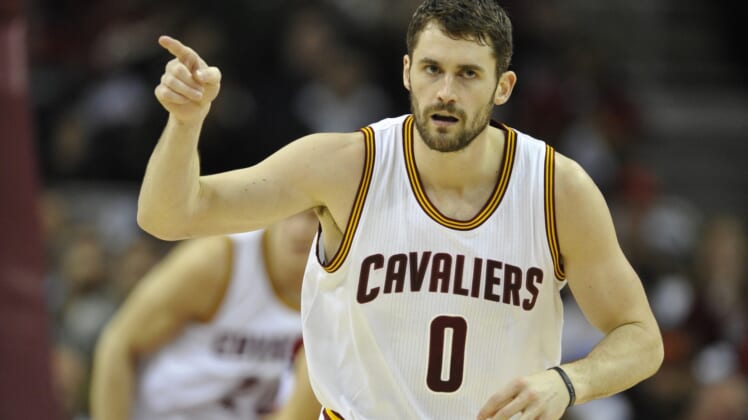 If you’re running an NFL team looking to improve its vertical passing game, you may have an option. No, we’re not talking about signing Colin Kaepernick or trying to coax Jay Cutler or even Tony Romo out of retirement. Instead, we’re talking about Cleveland Cavaliers big man Kevin Love.

ESPN’s fivethirtyeight.com found that during the 2016-17 season, Love had completed as many if not more passes that traveled 20-plus yards in the air than six NFL teams.

Teams like Los Angeles Rams and San Francisco 49ers are predictable enough. Others, namely the Baltimore Ravens with big armed Joe Flacco under center, are surprising.

Given the success of the Houston Texans, they’re inclusion is a little surprising. Of course, it’s less surprising when we remember that Brock Osweiler was their primary quarterback in 2016.

They attempted to fix the problem with addition by subtraction and shipped Osweiler to the Cleveland Browns. It may just be that the best quarterback in Cleveland is Love, and not Osweiler or any of the three men competing for the Browns’ starting job.

Mind you, we haven’t even tested Osweiler’s deep ball against Cleveland Indians shortstop Francisco Lindor or any of their outfielders.

It just might be that the Browns’ quarterback situation is somehow even worse than we all thought.