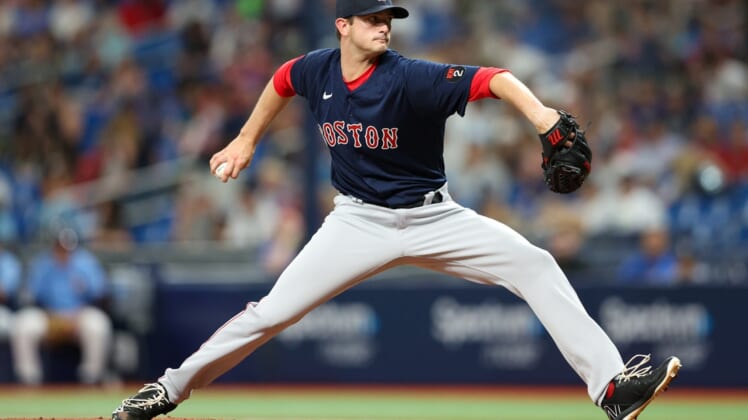 Tampa Bay’s Kevin Kiermaier hit a two-run home run in the bottom of the 10th inning as the Rays came from behind to defeat the Boston Red Sox 3-2 on Saturday night at St. Petersburg, Fla.

Kiermaier’s home run scored Taylor Walls, who reached base on a two-out throwing error by Boston second baseman Trevor Story. The error allowed Randy Arozarena to score to cut into what had been a 2-0 Boston lead. Walls then stole second before Kiermaier came to the plate and drove a ball to deep right field for his first home run of the season.

“K.K. has been here a long time and he’s done a lot of clutch things for us,” Tampa Bay manager Kevin Cash said. “K.K. really picked us up.”

The game had been scoreless through the first nine innings before Boston’s Bobby Dalbech tripled to score Jackie Bradley in the 10th inning.

Wisler (1-0) was able to finish off the inning and collect the win.

In the first nine innings, the Rays had been held to just two hits — a double by Brandon Lowe in the fourth inning and a single by Brett Philipps in the eighth — as the Red Sox had a strong pitching performance of their own.

Boston’s Hansel Robles came on to pitch the 10th inning and that’s when the problems started for the Red Sox. Hansel (1-1) took the loss.