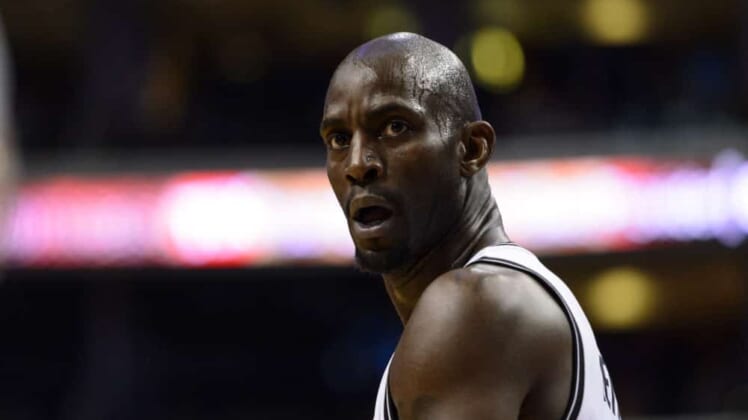 Future Pro Basketball Hall of Famer Kevin Garnett earned north of $334 million during what was a brilliant career with the Minnesota Timberwolves, Boston Celtics and Brooklyn Nets.

Garnett took advantage of an increased salary cap and revenue stream to cash in during said 22-year career. Unfortunately, the 15-time All-Star also lost out on some cold hard cash.

At the very least, that’s what Garnett is claiming in a lawsuit against an accountant. The former No. 5 overall pick alleges that Michael Wertheim and his firm, Welenken CPAs, helped Garnett’s former financial adviser defraud him out of a cool $77 million.

It claims that Wertheim worked with disgraced financial advisor Charles Banks IV to steal from Garnett.

“Banks intentionally … looted Garnett of his earnings and assets for many years, including the many years that Welenken and Wertheim provided accounting services to Garnett and his business interests,” the lawsuit claims, via Paul Walsh of the Star Tribune.

The lawsuit, filed to the U.S. District Court in Minneapolis, claims that the fraud included Garnett’s advisers putting him on an allowance while practitically stealing millions from the super star.

While Banks is not named in the suit, he is currently spending time in prison for defrauding fellow future Hall of Famer Tim Duncan.