Kevin Durant unlikely for start of the NBA Finals 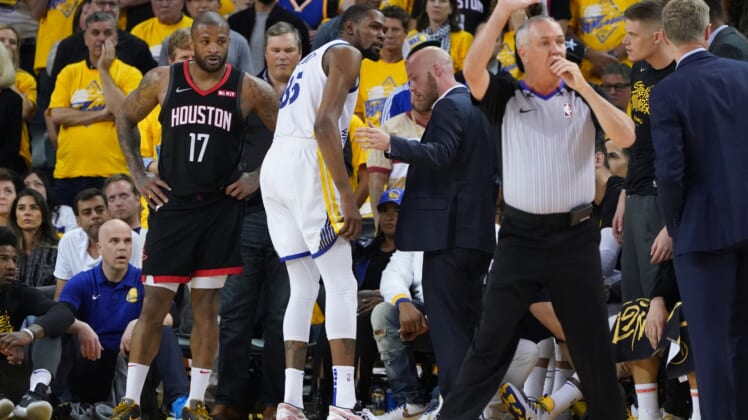 The Golden State Warriors gave an injury update pertaining to stars Kevin Durant and DeMarcus Cousins ahead of the 2019 NBA Finals.

Durant, who has been out since Game 5 of the Western Conference Semifinals with a calf injury, is unlikely to be ready to go for the start of the Finals.

Durant has yet to be cleared for on-court activities. Golden State hopes that he’ll be back at some point during the Finals.

Meanwhile, Cousins practiced with the Warriors for the first time since his quad injury on April 16. The expectation is that he’ll play at some point in the championship round.

Golden State made quick work of the Portland Trail Blazers in a four-game sweep in the Western Conference Finals. The two-time reigning NBA champs await the winner of the Bucks-Raptors series back east.

The Finals will start May 30.