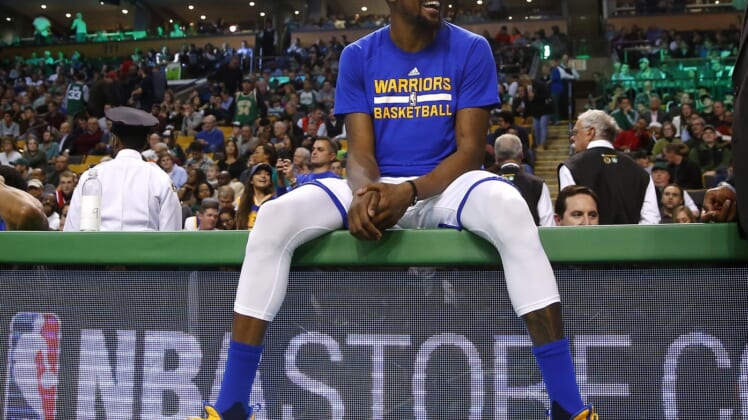 Kevin Durant has metaphorically owned the NBA as a player for several years, but the All-Star forward has literal plans of possessing a franchise after his career.

According to ESPN’s Chris Haynes, Durant and business partner Rich Kleiman “have made a concerted effort of strategically positioning themselves” with key figures in the Bay Area.

“[T]his is a genuine goal of his after he retires, to add another African-American in the position of majority ownership,” a source told Haynes.

Durant has earned $135.2 million in his NBA career, according to Basketball-Reference.com. That figure does not include his current $25 million deal and does not account for taxes. However, player contracts are only a percentage of Durant’s earnings.

In addition to sponsorships from Nike, Beats, American Family Insurance and many others, Durant has invested in several companies. Those include pizza chain Pieology, savings app Acorns and technology-focused brands such as Rubrik and Overtime, again among others.

Durant certainly hasn’t wasted time thinking about his financial future in an effort to reach this lofty — yet attainable — personal goal.