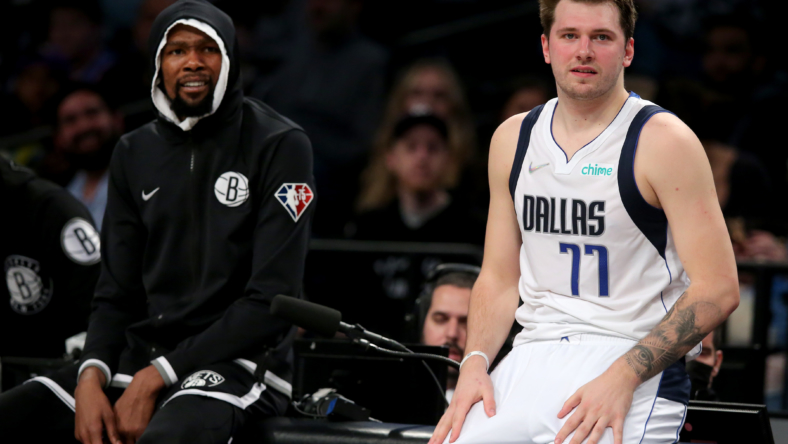 Kevin Durant and Luka Doncic are two of the best players in the NBA today. They are also starring for two teams that have struggled through the early part of the 2022-23 schedule.

With Durant’s Brooklyn Nets hoasting Doncic and the Dallas Mavericks Thursday evening, the two were going at it on both ends of the court.

That included a pretty hilarious situation in the third quarter with Brooklyn up three. As you will see below, Durant pushed Doncic to the hardwood after a Nets fast break. The Mavericks star opted to sell it in every possible way, flopping to the hardwood like he was hit by a semi.

Officials on hand at Barclays Center in Brooklyn simply opted to ignore it. For good reason. It was pretty hilarious stuff by both stars. It also must be noted that a player can still flop despite being thrown to the hardwood. It’s not mutually exclusive. Both happened here.

Brooklyn finds itself at a mere 1-3 on the season while the Mavs have lost two of three to open the campaign. Though, it has not been for a lack of performance from either star thus far

Dallas led Thursday’s game by six points after the third quarter with Doncic leading all scorers at 33 points. For his part, Durant had 20 through 36 minutes.

Moving forward, these are going to be two top NBA MVP candidates should their teams contend.