Kevin Durant has nothing but high praise for the Sacramento Kings as they have become the hottest team in the NBA right now.

After opening the season on a four-game losing streak, the Sacramento Kings and their young core of potential-rich players have started to gel into a formidable force under new head coach Mike Brown. With players like De’Aaron Fox and Domantas Sabonis on the roster, there was always a belief the team could eventually become a competitive unit. Well, they seem ahead of schedule heading into December.

On Wednesday, the team earned a 113-109 win over the Memphis Grizzlies. Which also happened to be their seventh straight victory. It has been a very long time since Sacramento has one that many games in a row, and it has made the NBA take notice.

One player who knows all about the upside the Kings have is Brooklyn Nets superstar Kevin Durant because the future Hall-of-Famer and his team were one of the squads victimized by Sacramento during their hot streak.

On November 10, the Sacramento Kings absolutely pummeled the Nets and dropped 153 points on Brooklyn in a 30-point win at home. The matchup seemed to be an eye-opening experience for Durant. Who had nothing but good things to say about the team, and especially guard Kevin Huerter, during a recent interview for Boardroom.

“That’s a tough team for anybody in the league. I don’t care if you’re the Boston Celtics or you have the worst record in the league. First of all, you can’t really switch anybody on to Sabonis, because he’s too strong. So that throws off a lot of your defense as well. You want to keep the matchups. So now, you’ve got to chase Kevin Huerter.

“Kevin Huerter, right now, he’s playing like [Klay Thompson], [Stephen Curry], the way he’s coming off the handoffs shooting the basketball right now. … If you’re not a basketball fan and locked in on the league, you’ve got to watch how Kevin Huerter’s shotting this ball right now.”

After being acquired from the Atlanta Hawks in the offseason, Huerter has flourished in his starting role for the Kings. Averaging over 16 points a game and shooting an impressive 50% from three. 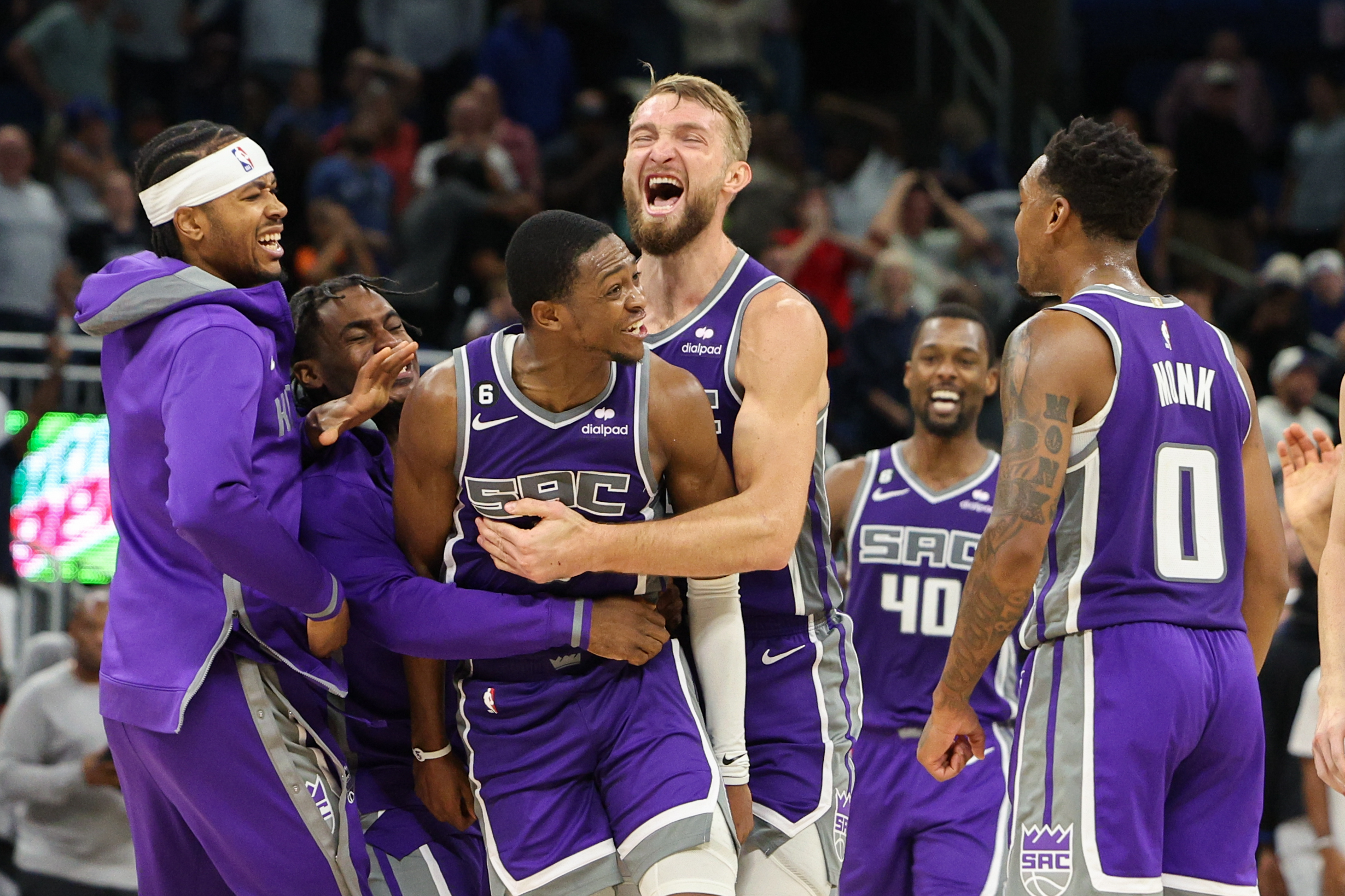 Also Read:
3 Reasons why the Sacramento Kings could break their 16-season playoff drought

However, Fox and his 25 points a game and Sabonis’ double-double average each night have been key in the Kings’ resurgence in 2022 so far.