Kevin Durant progressing well, will work out with teammates Thursday 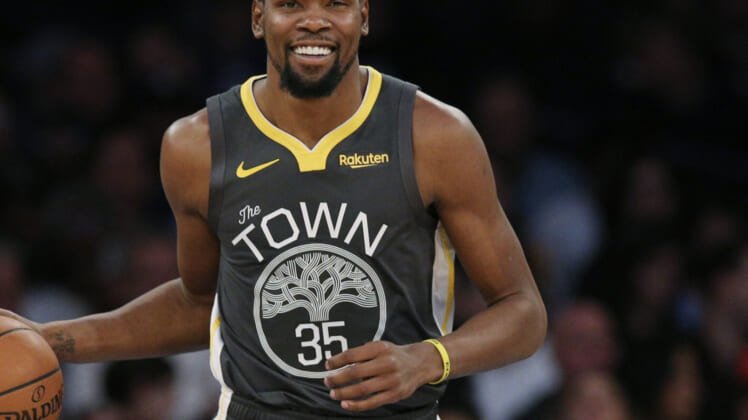 The Golden State Warriors will likely soon have some help in the form of NBA Finals MVP Kevin Durant, who is progressing well in his recovery from a calf strain.

Durant recently practiced for the first time since injuring himself in Game 5 of the Western Conference Semifinals against the Houston Rockets.

Now with two “solid individual workouts the past two days,” per Monte Poole of NBC Sports Bay Area, he’s set to work out with teammates and staffers on Thursday.

This gives Warriors fans no small amount of hope that Durant could potentially play in Game 4 of the NBA Finals against the Toronto Raptors on Friday night in Oakland.