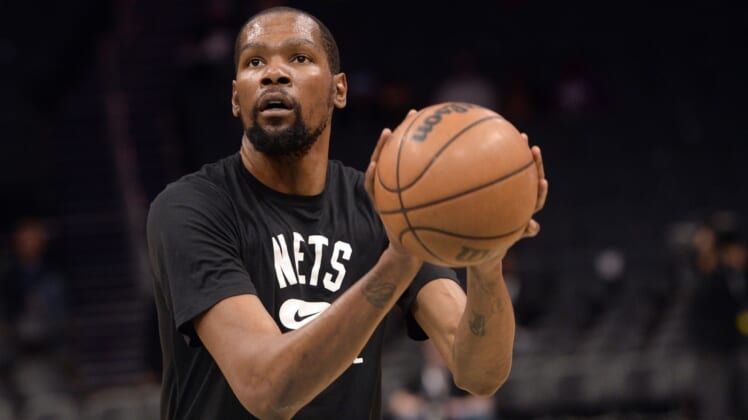 Nets star Kevin Durant was headed to the team’s practice facility when he was informed of a reported shooting and explosion at a Brooklyn subway station on Tuesday morning.

Per multiple media outlets, at least 10 people were shot and 16 were injured during rush hour as a Manhattan-bound N train was pulling into the 36th Street Station. The locale is approximately two miles away from the Nets’ practice facility.

“It’s devastating. I don’t know too many details,” Durant told reporters ahead of the Nets’ play-in tournament game against the visiting Cleveland Cavaliers on Tuesday. “To hear the sirens out front of the facility, and see so much commotion outside. You hope and pray for the best for everybody involved.

NBC New York cited law enforcement sources as saying an unidentified man was spotting throwing a device in the subway station before opening fire at approximately 8:30 a.m. ET. Police still were searching for the shooter as of 1 p.m. ET.