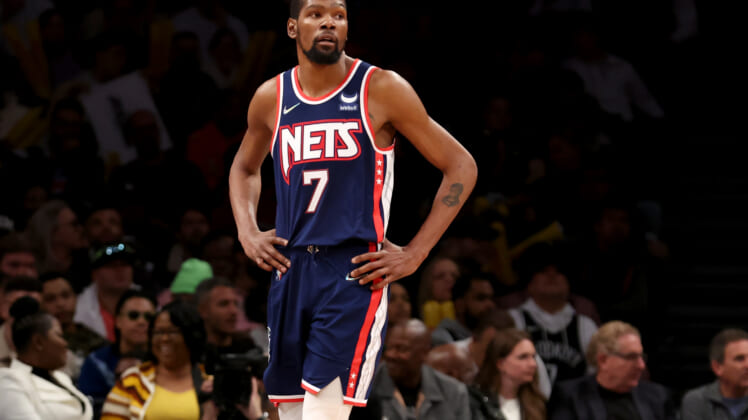 Brooklyn Nets superstar Kevin Durant compares marijuana use to having a glass of wine, and it seems he had a few “sips” before a recent conversation with late-night talk show icon David Letterman.

Kevin Durant has long been open about his support of marijuana culture, with the most recent proof being his 2021 investment in the new app Weedmaps. The application assists those who like to dabble in marijuana to find dispensaries near them.

At the time, Durant said in a statement following the partnership and sponsorship deal: “I think it’s far past time to address the stigmas around cannabis that still exist in the sports world as well as globally. This partnership is going to help us continue to normalize those conversations, as well as create content, events, and a lot more through our Boardroom media network. This is just the beginning for us.”

In a new sit-down interview for Letterman’s Netflix series “My Next Guest Needs No Introduction,” the 12-time All-Star expanded on his interest in the herb and explained the personal benefits he sees in its use. “To me, it clears the distractions out of your brain a little bit. Settles you down. It’s like having a glass of wine,” Durant said.

In a clip released from the interview, which is set to debut on the streaming service on May 20, Durant reveals he started to use marijuana in his early 20s and gave his thoughts on the confusion current laws can cause for those who also see the benefits in the substance. Owning marijuana is still illegal federally, however, 18 states have now legalized the use and carrying, and New York is starting to greatly expand legalization as well. 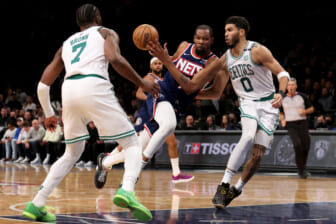 The former late-night talk show host then asked if Durant had dabbled in marijuana on the day of the interview. To which the Nets star admitted he did, and then added with a smile, “I’m actually high right now.”

Durant’s NBA season game to an end two weeks ago after the Brooklyn Nets were eliminated by the Boston Celtics from the NBA Playoffs in six games.